Is Gold a Crowded Trade?

Some of these financial images are better than anything I could produce with my camera.

Back in 2000 I was telling everyone I knew to buy gold because I believed it would go to $1,500. I was universally laughed at or looked at as some kind of a kook. Well, it appears I was wrong. Gold is going a lot higher than $1,500. Yesterday it stood at $1,660 and it's hittin' licks again this morning. I would not be surprise if it didn't eventually go to $5,000. But, in my defense who could have ever predicted the stupidity of the US government and it's lackey politicians?

Is gold a crowded trade? You be the judge. 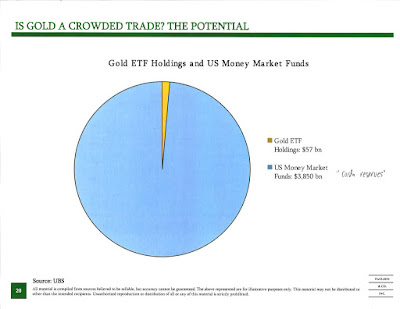 ©Kinsey Barnard
Posted by Walker at 7:57 AM

I think everyone should have some gold. Wish I had done this years ago!

The bad news is what gold being this high means.