It's been cold and snowy here in northwest Montana. So mostly I have been working on my tagging and cataloging. Gets pretty darned tedious until I find a gem which then renews my enthusiasm. There are sooooo many images I haven't reviewed yet.

For those of you kind enough to be concerned about Koty's health he seems to be doing just fine. He had a short relapse but he's good to go at the moment. 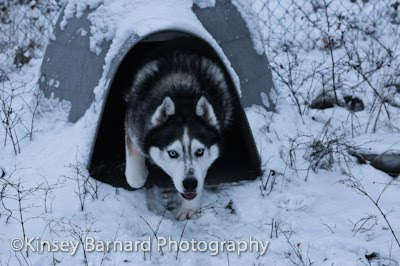 Koty and His Igloo

Koty loves his Igloo but naturally will not sit still in it if I want to take his picture. I also thought I would try and get an action shot or two but clearly I was off my game. If you've not tried to photograph a speeding bullet it really isn't that easy. It's a lot like bird shooting, you have to lead them just right. As soon as he caught on to what I was doing he wouldn't get far enough away from me to get a shot. Well, ok, at least you can see he's in fine fettle. 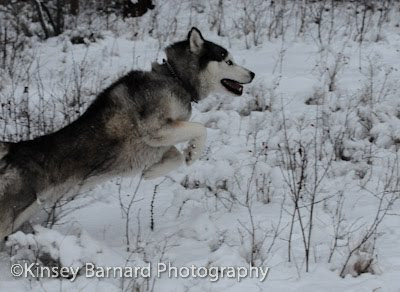 Part of Koty on the Fly

We did take a little meander along the Tobacco River. Winter has its own brand of beauty and it got me to thinking about the incredible artistry, energy and engineering that goes into making the river go from this .... 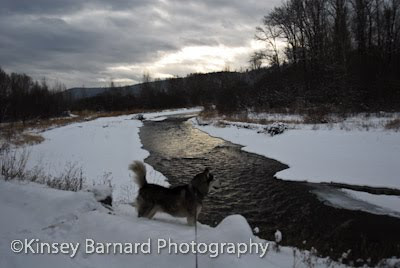 The Tobacco River in Winter 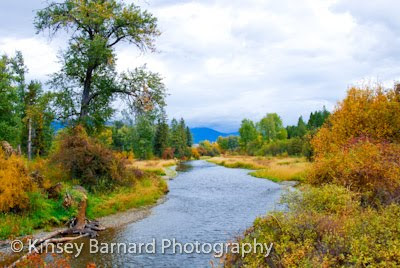 I freely admit I like to fool around with the camera. You just can't always take things too seriously. My philosophy is to play as much as possible with the camera in the woods. It's just fun to see things and shoot them just to find out how they might turn out. For me that's one of the most wonderful things about digital. In the old days the film I shot cost over fifteen dollars per roll of thirty-six. I wasn't nearly so playful in those days. I shot this just for fun and I kinda like it. It's kinda cool. 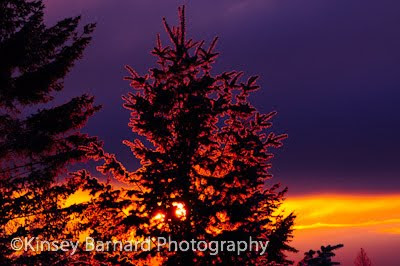 And now for my photo pick of the week. I really like this one and believe it or not this is not filtered. It was taken before the sun came up and at a very high ISO. It was beautiful to the eye but was not nearly as pretty a shade of blue. Photography is quite often like a box of chocolates. You never know what you've got until you get them out of the camera.

Well, that about does it for 2009! It was a great year and Koty and I are looking forward to 2010 being even better. I think each year keeps getting better for us because we know there are so few left and we have to make the most of them whilst we still can.

Glad to hear Koty is back in action.

Those pictures of him really turned out well. Really jealous of the morning shot.

It's just another good old dismal winter here in Pittsburgh. Something I'm trying to ditch for western living.

I like the shot of koty jumping the most.

Its amazing he's that age, and still pretty active.

A happy new year from me too! and i like the Igloo shot best, due to the nice black and white contrasts.