.
Well, 2010 got off to a great start as far as winter is concerned. This week we got the best snow storm of the season. It's been snowing almost constantly but only showers which didn't accumulate much. But, the storm we had this past week put down about eight inches of new snow and it was glorious.

Koty never ceases to amaze me with his sense of smell. We were out hiking and suddenly Koty took off to my right leaping over a huge old log nearly pulling me off my feet. I looked over the log to see Koty digging in the snow like a fiend. About two feet down he comes up with his prize, a deer leg left from hunting season. How in the world he can smell a bone two feet under the snow is beyond me. After we got home he paraded around with his prize for half an hour. 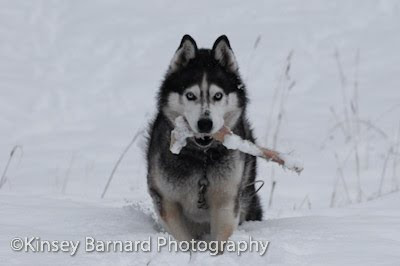 As always the mulies were around digging for forage and resting under the trees. You can always tell where they have been because apparently their mothers never told them to pick up their feet. They just drag them through the snow leaving trails everywhere they go. 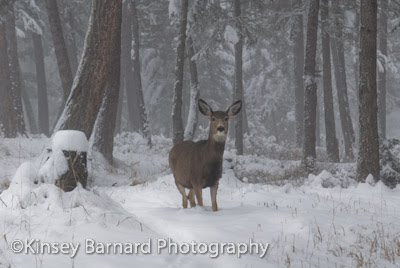 Sunrises around here are not usually much to see as we live on the side of a mountain range facing west. The sunsets are to die for but the sunrises we have to go elsewhere for, usually. But this week we had a pretty nice one as far as color goes. 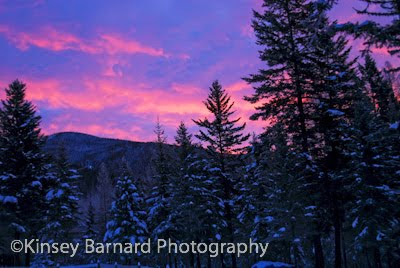 Speaking of color winter is conspicuous for it's lack of it. Yet, no color is just right for the landscape. After the storm the trees were just laden with snow and it was beyond gorgeous. But, there was one little problem. The clouds were so low we were in them and at times you could not see your nose on your face. 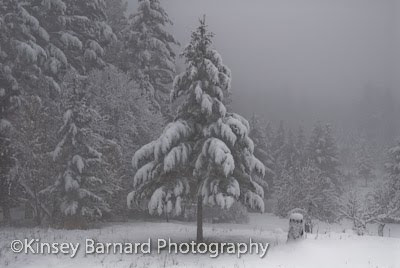 But, nothing stops me. I slogged and flopped around in the snow for several hours looking for something special. It was also only about 10 degrees. That temp eats up your batteries PDQ. Persistence always seems to be rewarded however and so I was. 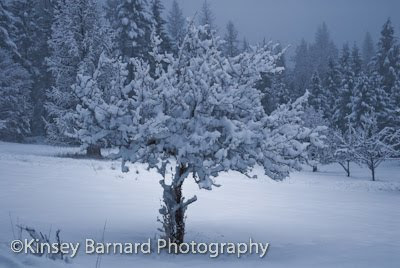 Just the hint of color makes a winter scene come alive. For those of you that think you need to have a big expensive camera to take a good picture I'll let you in on a secret. I took the photo below with a Panasonic Lumix. Which is a little point and shoot for which I paid less than three hundred dollars. I believe the photographer makes the camera not the other way round. BTW, I think this camera is a loser and would not recommend it. 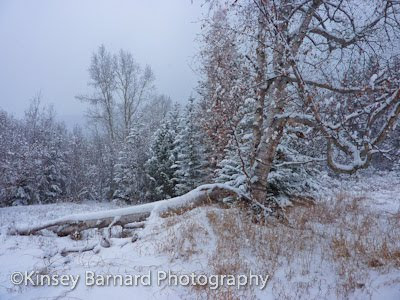 This is my favorite wildlife shot so far this winter. Winter Camouflage

Well, that was our week. Another beauty by any standard.

©Kinsey Barnard Photography
Posted by Walker at 11:31 AM

Wow! what a excellent photo, i really love your photography. I love it! Thank you for sharing this great blog.