I love clouds! I can just sit and watch them almost endlessly. Clouds are alive. They take as many forms as the imagination can conjure.

For some reason clouds are on my mind so I thought I'd post a few photos of them. It seems to me that looking at them, even on a computer screen, has a kind of calming effect on the psyche. 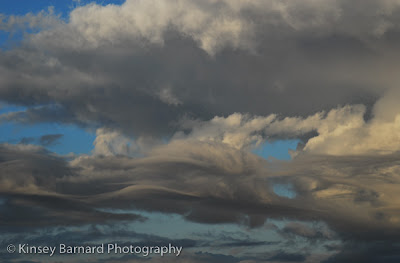 The clouds above (pardon the pun) were flying high above the desert near the Superstition Mountains in Arizona. They remind me of ocean surf. 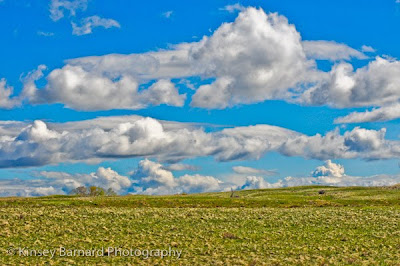 These next clouds were scudding across the plains on the Blackfeet Reservation in Montana. 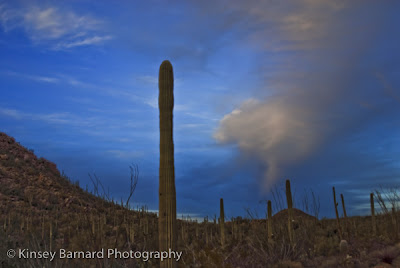 Back to the desert this cloud looks like it's own kind of tornado. The photo was taken at Saguaro National Park near Tucson Arizona. 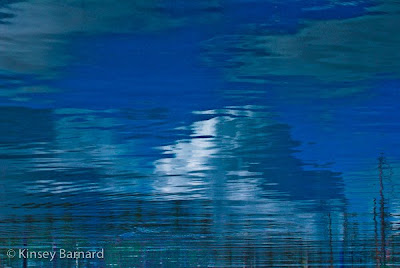 This last image is a reflection of clouds on the harbor at Coos Bay, Oregon.

Next time you see some interesting clouds stop and really take a good look at them. I think you'll really enjoy yourself as they can literally take you away. And, who doesn't need a little away time these days?


©Kinsey Barnard Photography
Posted by Walker at 8:36 AM

I love clouds too! I have a whole folder of just clouds and can never figure out which one are the best, I like them all.

I agree that first one does look like the ocean. That last one of the reflection..Awesome!!