Headed straight for the Bison Range. The Range is one of my favorite places. When I got there I checked in at the center and saw a sign saying "Free Today". Made no never mind to me. I always have a park pass. I certainly have gotten my money's worth out of it this year. I think I've been to about seven or eight national parks this year.

I soon found out the reason for the sign. No buffalo viewing today as they were moving the herd and they were out of bounds. Good grief, I've been turned back everywhere I have gone this trip. But, as I walked back to Clem I hear an elk bugle and knew all was not lost. I soon found the old boy wandering along Mission Creek 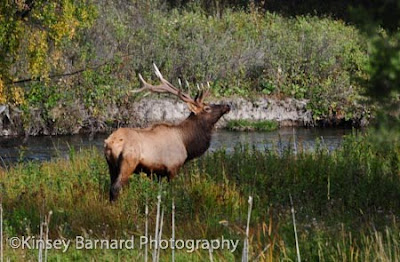 A little further down the creek I found a troop of white tail deer. 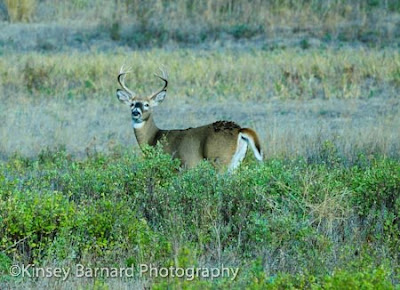 The other animal that you will see a lot of on this range are pronghorn. Pronghorn are the only antelope we have on this continent and they are the second fastest land mammal. Only the cheetah is faster. They are really fun to watch. You can't believe how fast they are and they can turn on a dime. 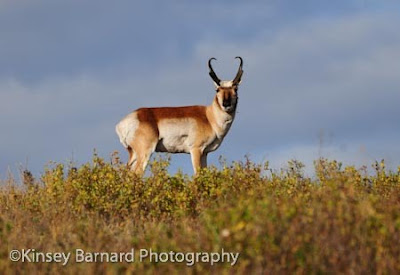 This little fella didn't have much of a rack but he did have a harem. 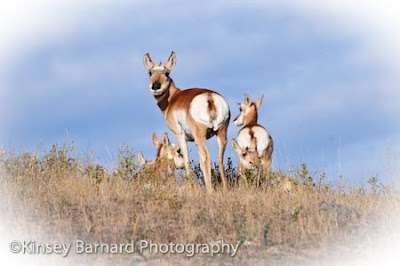 This one cracks me up! 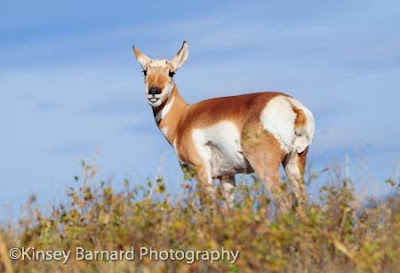 She looks like she's smiling doesn't she? It also looks like the picture has been Photo Shopped. It hasn't been. I don't use Photo Shop. Probably the only photographer on the planet who doesn't. What I think is going on here is when pronghorn are uncertain they blow air through their mouths. It puffs up their cheeks and parts their lips.

This is My Favorite Pronghorn Image

The trick, at least for me, in shooting wildlife is to capture them in a landscape setting. I bill myself as a nature and wildlife photographer but what I really am is a landscape photographer who gets lucky enough now and again to find a beautiful wild thing in the landscape. Such moments are not easy to come by.

Timing in life is everything and whilst I'm certain I took some nice shots of stock quality I have my doubts that I took any that will find their way into the limited edition portfolio.

Ansel Adams said that if he got 12-15 photographs it was a very good year. That's about my rate. I probably take four or five thousand photos each year which is nothing in the digital age. But, I still practice the same economy of shooting I did when I was shooting $15 Velvia. Oh, maybe I am a little less careful but not much. I don't believe in firing for effect just because it's free. When I find a shot I like I generally take a couple of backup shots from different angles. Nine times out of ten the first shot is THE shot.

By my definition, photographs are few and far between. Pictures are as common as dirt.

On the way out I saw the Bull elk again. He saw me too. 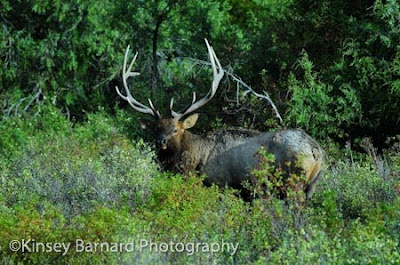 There are great views of the Mission Mountains. I was looking at their backside when we were at Holland Lake

Mission Creek is also quite picturesque. 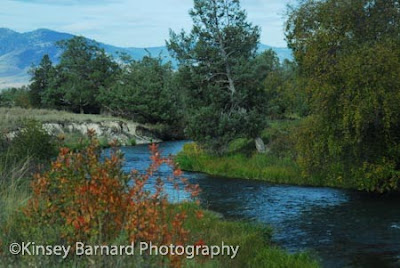 I did see a little fall color. Little being the operative word. 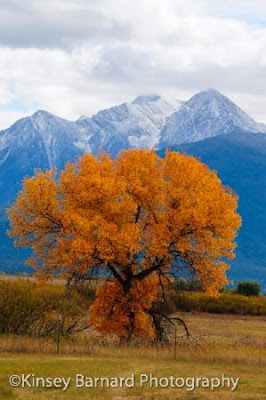 
©Kinsey Barnard
Posted by Walker at 8:09 AM

Wow.. your photos are incredible. That last pic here of the golden foliage against the backdrop of the high peak is breath-taking!
Looks like you live a great life; good for you!!!