Today we tried to find another trail over to Chief Mountain. Actually, we went back to the place we were the other day but didn’t want to cross the creek. Well, I did but Kinsey was concerned about getting her dainty little feet wet.

When we arrived back at that creek Kinsey let me loose and I went bananas splashing around in the water. I still haven’t given swimming a try but I sure like to splash around in the stuff. I don’t get why Kinsey spends ten minutes getting her water shoes on for a one minute crossing and then another ten minutes getting her boots back on. Humans are so silly. Mine is anyway.

We came upon more ceremonial prayer flags i.e. pieces of colored cloth and clothing tied on the branches and trunks of the aspen. We have been told these are offerings to the spirits often on behalf of a loved one who has moved on to the next world. On our way home we saw a group of about eight people performing a ceremony not far from the road.

Once across the creek and rebooted (sounds like a computer term) away we went down the path. It wasn’t far before we broke into an enormous grassy meadow with a commanding view of Chief Mountain. Yellow dandelions splashed their color all over the green carpet of grass. I didn’t notice the view so much as the meadow was chock full of ground squirrels. Those squirrels are great chirpers. Once I heard those cries, and caught a whiff, I was off to the races. I do not particularly endear myself to Kinsey at times like these. I get so wrapped up in my prey drive, I tune everything out including her. I really don’t mean to do it. I can’t seem to help myself.

This meadow must host huge First Nations ceremonies and what a perfect place. It feels like you could reach out and touch Chief Mountain. The “Old Chief”, as the mountain is sometimes called, must be very pleased during the ceremonies.


Once through the meadow we picked up a trail that took us back across another creek. This time Kinsey just walked through it cuz it was about an eight second traverse. I got put back on the leash. Kinsey doesn’t want me running off scaring up something best left undisturbed. The trail wound like a corkscrew through the trees. The trees are stunted aspen. The wind blows so hard up here they must adapt or die. The trails, as you might imagine, are not maintained and we clamored over and around fallen trees until we could go no further. Well, I could have gone on. But, well, you know …...

We saw all kinds of animal signs. Elk and moose in particular but also bear and maybe a big cat. I found a lovely big, fresh pile of bear poop (some people call it scat) and rolled right in it. Mama Mia, that’s what I call heaven! Kinsey, wasn’t in the least bit happy for me and my delight. We also saw the strangest looking track. Kinsey says it’s a bear but I dunno, looks mighty strange to me. See what you think.


We headed back down the trail and tried another we had passed on the way up. We maybe got a mile and then we were stumped again, literally. We headed back to the big meadow. I got turned loose again and went racing off. Kinsey found herself a good spot to look at the mountain and sat down in the grass. After I’d run myself out I found myself an old bone and lay down beside her.

I probably shouldn’t tell tales on my mom but after a while she plugged in her MP3 player and set it to her favorite First Nation band Brule. She got up and started dancing in that heavenly meadow. It was something to watch. This crazy woman dancing in the middle of nowhere, with no one but me and “The Chief” to see her. Maybe that was her intention, to dance for “The Chief”. Whatever she was doing I’ve never seen anyone so in the moment. Kinsey dances to this music all the time at home but this was something else. She was truly swept away. One thing I'll say for old Kinsey she knows how to live in the moment and experience pure bliss.

After Kinsey got done entertaining the mountain we headed back to the first creek we had crossed. It’s a lovely spot and there we had our lunch. After lunch we tried yet another route but this time the trail was running snow melt and mud.

We decided to pack it in for today. I think Kinsey was a little tired. Me, I could go until forever. 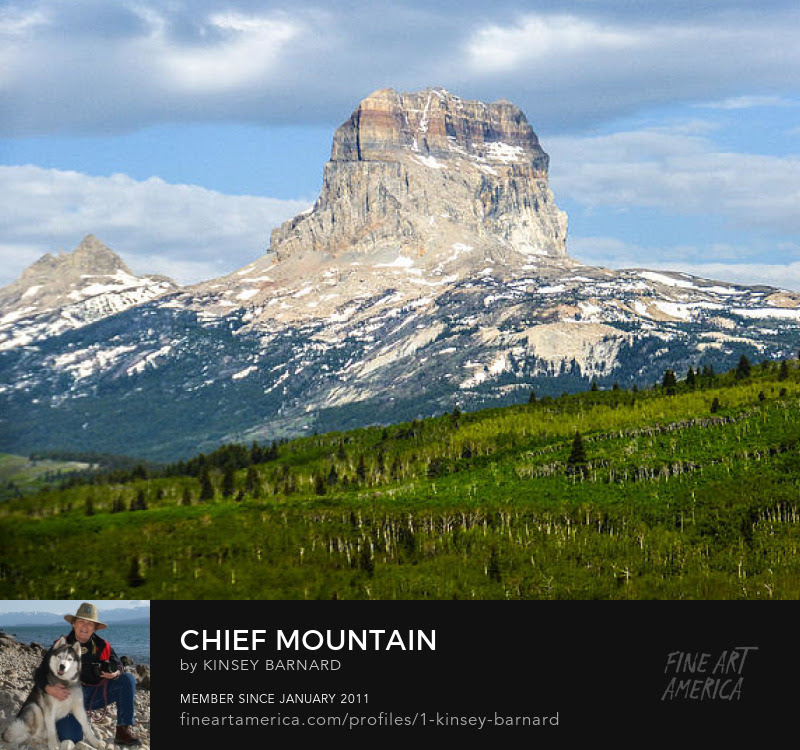 Be sure and check out Kinsey's latest article at The Liberated Photographer. It's called "LABELS ARE LIMITING" . Kinsey is no fan of labels particularly as relates to people. Folks are saying some very nice things about it.