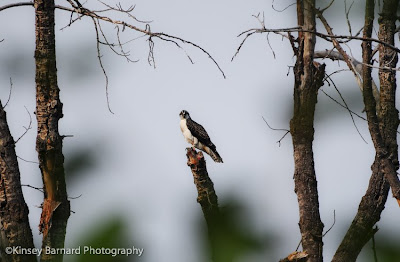 As usual, we took our weekly walk along the Tobacco River. The Fishing Birds were perched in their trees looking for salmon to catch. 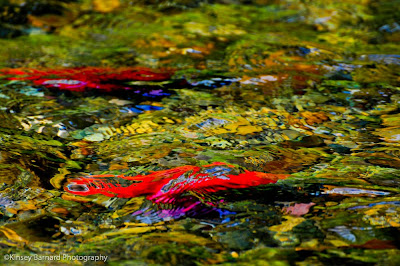 And, of course, the kocanee were there for them to catch. I was just playing around with this photo of the salmon. I love the way the motion of the water turns the fish into more of a colorful abstract photo rather than just a picture of some fish. 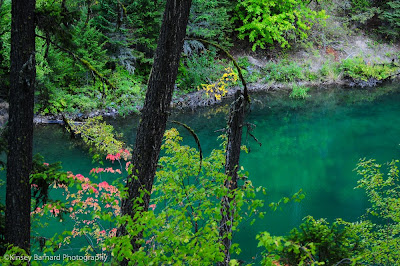 Up at Burma Pond just a bit of fall color is beginning to show. 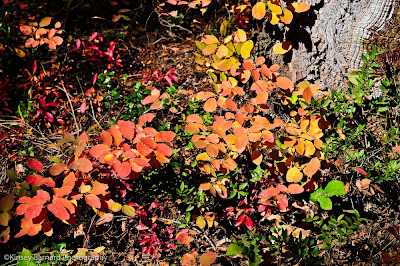 But, down on the trail to Lagoni Lake it's beginning to look a lot like fall! Lagoni was the destination for our main outing this week. We had never been there before so we thought we'd check it out. It's a short drive from 93 to the trailhead. The trail is pretty short too. It's maybe just a mile in distance. 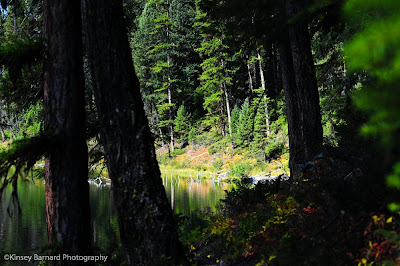 But, once again we struck pay dirt as this turned out to be another pretty little lake. We really like to explore water sites as they have a tendency turn up some of the best Landscape Photos.

We also tried to get to Stillwater lake but our efforts there were thwarted by a downed tree. We will return for further exploration of this area because there is definitely more to see. 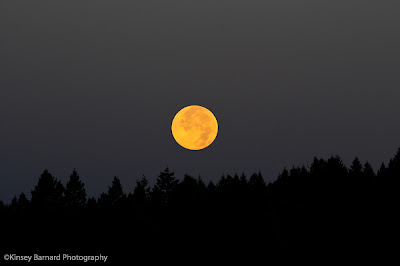 The above is a photo of a moon set we had that was pretty awesome.

That pretty much sums it up for us for now. We are starting to get things ready for winter cuz the chill is most definitely in the air.

©Kinsey Barnard
Posted by Walker at 9:48 AM

Kinsey! Beautiful photos... Fall is showing here now with enough force to be impossible to avoid!