The most incredible thing that happened this week was a visitation by a mother moose and her baby. I wrote a little something about it on my other blog Musings and Memories. If you missed it you can read about it here MOOSE MOMENT IN MONTANA

Summer time and the living is easy but quite warm. It never fails to amaze me the weather extremes in Northwest Montana. Winters can be thirty below and the summers over one hundred. It's only gotten thirty below once since I have lived here. Some winters it doesn't get to zero but once or twice. So far this summer it hasn't risen to one hundred. Something for which I am quite grateful. In fact, I've barely gotten over ninety. Not so lucky the folks down in the valley. Being up around 4,000 ft. has it's advantages.

In an effort to get even higher, and cooler, we took a drive up to Weasel Lake. 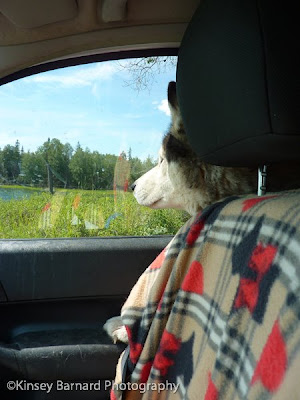 HMMM, LOOKS HOT OUT THERE

Weasel is in the Ten Lakes Scenic Area and a popular fishing spot for the locals. On the drive up we came across thousands of thistle like flowers. I don't ever recall seeing these plants before and I can't identify them either. I found Bull Thistle, Canada Thistle and Burdock but it isn't any of these. I seem to have a real talent for finding plants I can't identify. These guys may be nasty weeds but they sure are pretty. 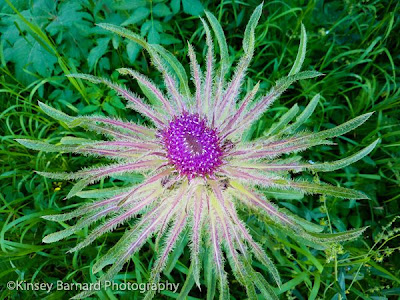 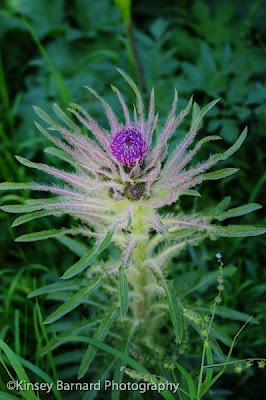 It was, in fact, cooler at Weasel. We followed the path around the perimeter. Koty, in all his enthusiasm fell off the foot bridge into the creek. He hates to get wet so naturally I thought it was pretty funny.

One of my favorite wildflowers, and one I can actually identify is Bear Grass. It's really quite stunning and apparently practical plant. Native Americans used to use it to weave baskets. 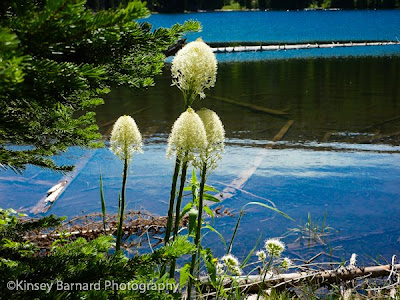 Beautiful pictures and travelogue Susan! I am wondering why it's called Wandering Weasel?