WE SHOULD HAVE LISTENED TO THOMAS JEFFERSON

Our forefathers were so wise why have we chosen to forsake them?

"I believe that banking institutions are more dangerous then standing armies.
If the Americans ever allow private banks to control the issue of currency.
The banks and corporations that grow up around them will deprive
the people of their property until their children wake up homeless on the
Continent their fathers conquered" --- Thomas Jefferson

It was another beautiful day in Tucson. Must have maxed out at around 75. I checked in on the Eureka web-cam and it was 14. Uhmmm, I think I like 75 better.

The news wasn’t so hot again today. The Israelis and the Palestinians were hard at it. I just can’t figure out how that mess is ever going to get settled.

Here are some figures I stumbled on as regards the National Debt. They will watered my eyeballs. The National Debt. And, here’s a companion piece that suggests Bernard Madoff was very small potatoes The Dollar Ponzi Scheme.

The markets were in their usual pre-holiday range of boredom. The main averages managed to close up even though consumer confidence fell through the floor. Consumer Confidence Lowest on Record.

This quote from they article made me laugh out loud. “The Consumer Confidence Index measured by the Conference Board, a private research group, fell to 38 in December from a revised 44.7 in November. That is its lowest point since the group began compiling the index in 1967, and below the previous low of 38.8 in October. Economists surveyed by Thomson Reuters had expected the index to rise incrementally to 45.” Let’s hear it for those economists! They really know their stuff. They are so wrong so much of the time they could almost be used as contrary indicators i.e. whatever they say act as though the opposite will happen. Man have we been bamboozeled by these so called “experts”.

On the other hand I think Mark Faber had a pretty good handle on events before they happened. Of course, he was mocked a lot for being so “gloomy”. I’m certainly glad I listened and got out of the US equity markets before the crash. It’s funny, when people hear what they want to hear the speaker is a guru. But, when the speaker says things that are not so sunny, that person is negative and just doesn’t get it.
Marc Faber Interview.

I can't find much to photograph when the sky is straight sunny and cloudless so Koty and I took a walk to Pet Smart and I let him drag me around the store whilst he sniffed everything in site. I really prefer PetCo "Where the pets go." But, the nearest one is 10 miles away! I don't think koty give s fig one way or the other.

I spent a little time this morning going through some photos of last years shoot. We surely did love that trip. It was cold and rainy but the surf and ocean was breathtaking. We could shoot everyday and come up with something that dropped the jaw. The photo below is of Monterey in January. 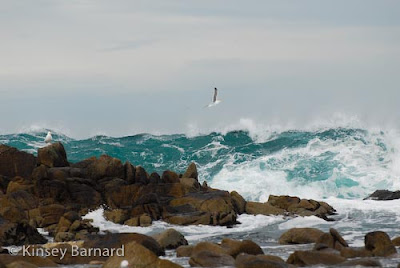 
wow i really love this picture

the ocean is so special