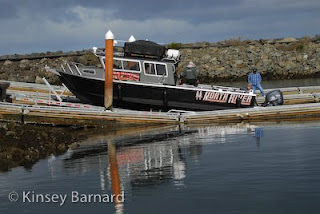 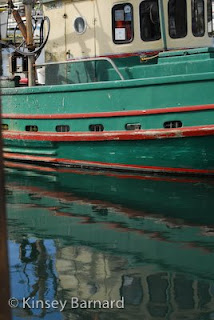 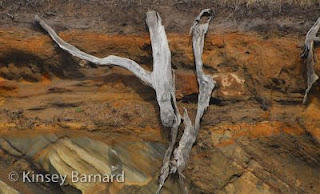 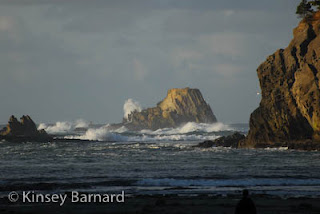 We have departed California and are now in a little fishing village called Charleston. It was raining cats and frogs when we arrived.

The drive up was pretty uneventful. Mom didn't get us into any trouble. She still refuses to take instructions from Heddy, that's the lady in the GPS. Heddy told us to take Beaver Hill Rd but mom refused. She thought it would be better to go on in to Coos Bay and then over to Charleston. Heddy really cops an attitude when you don't do what she says. In a very exasperated tone of voice she says "Repositioning!" Turned out mom was right. Those GPS things send you on the shortest route but have no sensitivity to the type of vehicle you are driving. For an RV towing a car Beaver Hill was not the best route.

Charelston is yet another quaint fishing village but it's clear fishing is a dying industry. The boats and the docks are falling apart just like Crescent City. Tourism seems to be their only hope. But, they are still great places to take pictures.

We went on out to Shore Acres Park which is beautiful. Course, I have to take mom's word on that because they don't even allow dogs out of the car at that place. There is a beautiful garden there but it's too early for much to be in bloom. I think all she saw were a couple of daffodils.

Later in the day we went to Sunset Bay for the sunset. And there actually was a pretty darned nice one.

©Kinsey Barnard Photography
Posted by Walker at 7:42 AM