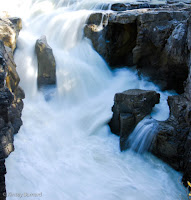 Mom spent a couple of hours processing photos. This delayed the start of my day. You would not believe how much of my day she wastes on this activity. The plan was to go down 93A again check in at Athabasca Falls and head on down to Sunwapta Falls. After that, look for new hiking trails to explore.

Over night a storm had blown through. It was a doozie, the rivers and falls were all murky from the run off. We passed, again, on Athabasca and went on down to Sunwapta. Athabasca was crowded with tourists. At Sunwapta mom got out the old tripod. 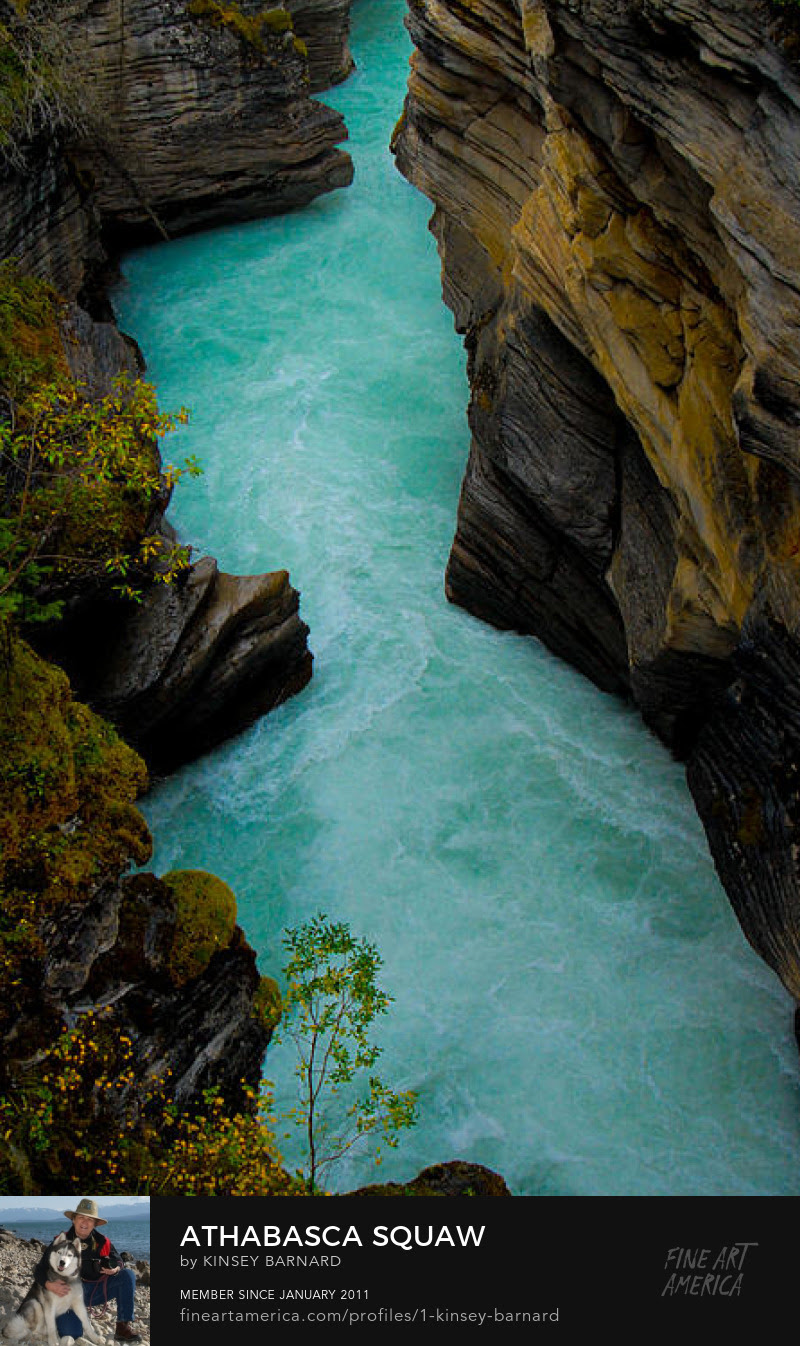 There is a trail that takes off after the bridge over the falls. We took that for about an hour just to enjoy the sub-alpine forest. Mom loves to photograph the plants and stuff on the forest floor so it takes us forever to get anywhere.

After the Sunwapta walk we headed back north on the Icefields Parkway, aka 93. Our first stop was at the trail to Buck and Osprey Lakes. Wasn’t much of a hike and neither were the lakes was particularly pretty or interesting. But, I'll take my trail time anyway I can get it.

Back on the parkway we continued north to the Wabasso Lake trail. This was a nice little trail. It took about 40 minutes to get to Wabasso Lake, which wasn’t particularly special, but the trail was pretty and I’d do it again, like, there's any trail I wouldn't do again! If you start early enough you can take this trail all the way up to The Valley of the Five Lakes, which as I mentioned before is really pretty.

By now it was nearly five so we headed for the barn and a barbecue. Eat your hearts out my brethren. I got my own plate of BBQ'd chicken!

Until next time ....
LAKOTA SUNRISE

©Kinsey Barnard
Posted by Walker at 6:32 AM