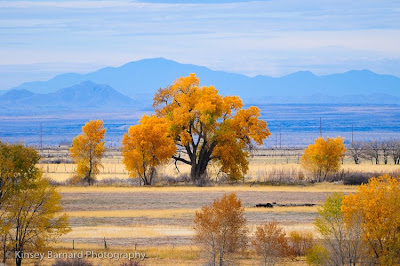 I took the above picture of this stately old cottonwood from the roadside near Fillmore. Even though it was way across a field you could see it was a very special old tree. And the colors. Mmm, mmm.

We made very good time coming down the I 15. These straight stretches down the Interstate go so much faster. I wish I had planned this portion of my trip better but then I had no idea I was going to have a week to kill. When we passed 9, which goes out to Zion, we should have taken it and gone to Virgin and gotten a space there. Instead we are in a hellhole in St. George. It’s the smallest space I’ve ever been crammed in and to top it off it’s $43/night! There are motels around here for $24.95!!! They say it’s so expensive because it’s the only RV park in town. Yikes! I don’t even like “in town”.

And, St. George, it’s amazing. Granted I haven’t been through here for thirty five years but my gawd the place is huge! I should have known I was in trouble when I saw those signs along the highway advertising an outlet mall.

And, hot?! It was 80 degrees when we rolled in. Too hot for this bumpkin. Too hot for Koty too. First thing we did when we got set up was turn on the air conditioner. This is when it started to snow. Regular readers know we have had some varmit troubles back at the ranch. Mice and squirrels have been giving us fits. Well, I guess some of the pesky critters figured out a way to get up in the ceiling (I suspect they came through the air-conditioning unit on the roof which I haven't gotten a storage cover for but will now). Anyway, when I switched on the unit that’s when it started to snow. Whatever they use for insulation, I think it’s a styrene board, started raining down from the overhead vents. And, wouldn’t you know it the worst of it came from the vent over the bed. Well, that took a good while to clean up.

We took a nice stroll into the historic part of downtown where they had closed off the street for a little Halloween street fair. Everyone was having a great time in the warm evening air. Lots of kids out in costume and having a ball. Everyone also, made a big to-do over his royal highness as usual. I think I’m a little jealous. Four nine years now people have been coming up to us and saying how beautiful my dog is. In all that time no one ever said that about me. If only my mother were still here she used to tell me all the time! ☺ I miss you mama!

Good news! Koty seems to be getting back on track (pardon the pun). I’ve been giving him a natural digestive aid that I get from 1-800-PETMEDS. I’d never tried it before but it seems to be doing the trick. Koty has always been a finicky eater and suffered with a delicate gut. If you have a pup with similar problems you might want to try it digestive aid. It’s handy whilst traveling because it’s a liquid. You can just put it in the waster bowl. At home we have had real good luck with an enzyme and probiotic powder, which we also get from Pet Meds. It really keeps him in the pink and it also natural. Enzymes & Probiotics Powder.

I have made special gallery for our 2008-09 Winter Tour. If you want to see full res photos or just catch up.

©Kinsey Barnard
Posted by Walker at 6:22 AM

Kinsey - the photos since you left have been unbelievable.... The colour and the tree - OMG!!!

Boy Kinsey, your pictures can even make places that I don't want to visit look good! Safe travels.