THANK GAWD FOR GINNIE GPS! OR, GPS'S ARE GREAT BUT YOU GOTTA TURN 'EM ON. 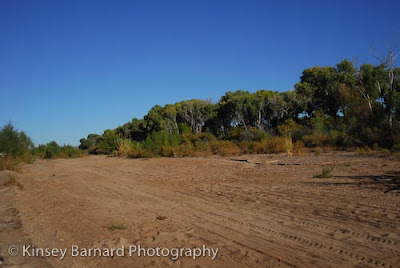 Before heading out from Wickenburg we took a good long morning walk in the lugga. Oh, sorry that's swahili for wash or riverbed. I use it because it reminded me so much of luggas I have tramped in Kenya, stories about which I will one day get to at my Musings and Memories blog. 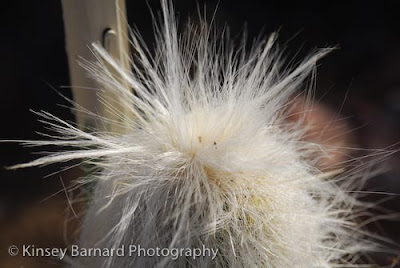 I couldn't resist a snap of this punk rock cacti I saw in the park. So cute! Anyway, another travel day so not much photography.

Technology is a wonderful thing but one of it's short comings is that if you don't use it, it doesn't help much. Such is the case with my Garmin GPS. I bought the thing on last year's shoot of the Pacific Coast (if you want to look at some photos you can visit my SEASCAPES GALLERY) The GPS is a minor miracle.

The thing has a female voice that gives you verbal directions which is great especially for a solo flyer because reading maps whilst driving can be hazardous to your health. As you know by now I have a penchant for naming everything and the GPS was dubbed Ginnie. Ginnie can do so much. In addition to getting you where you want to go she'll find all the places you need when you get there. When I arrive in a place, that's largest enough, my first two inputs are Costco and Wal-Mart. You just punch in your desire and Ginnie takes you there like you've lived in town all your life. It is so cool!

But, there are a couple of problems. First, in case you haven't guess it, I am the dinosaur and it IS hard to teach old dogs new tricks. After forty plus years of traveling all over this continent, and several others, I'm still mentally geared to paper maps and my innate sense of direction. I am forever forgetting about poor Ginnie. The other problem is that I doubt her. She tells me to do something and I don't believe it's right. And, the girl has attitude. When I don't follow her directions she says in a very put out and exasperated tone "Recalculating!" I usually tell her to stuff it. :) Actually, sometimes ignoring her is a good idea because she is programmed to take you the shortest route to your destination without any regard for your mode of transportation. So, if you're in the boonies driving and RV you might want to consult the old map too. Ginnie doesn't know it but all routes are not created equal.

Today, thank goodness, I got old Ginnie routed in for Tucson and it's a darned good thing I did. I thought the shot south to Tucson would be a no-brainer. All I can say is if Ginnie hadn't been guiding me I would still be wandering the highways trying to find my way around Phoenix. My sense of direction would have been all but useless. The way to Tucson is via Interstate 10 East! Now I defy you to look at any map and tell me Tucson is East of Phoenix. I'm told, the highway does go east but that's after you have driven over a hundred miles south! Anyway, if we hadn't had Ginnie, we would have been like that poor guy beneath the streets of Boston who never returned. Mind you this whole, nerve wracking time, Koty Ko-pilot was sound asleep in the co-pilot's seat. Thank you Koty Bear!

But, we're here and wowser I've never been in an RV park like this one. It's enormous. It's also like a cruise ship, a gazillion activities and schedules. Ain't no kinda place for this country girl. But, as always, we'll make the best of it. I would like to thank hurricane Ike for messing up my plans to shoot the Gulf Coast of Texas. Thank you IKE!


If you're dying for photos you can see all of our trip so far in high resolution at TRIP GALLERY.
Ciao for now,
Koty & Kinsey

©Kinsey Barnard Photography
Posted by Walker at 6:06 AM