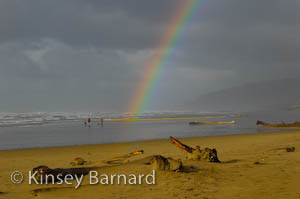 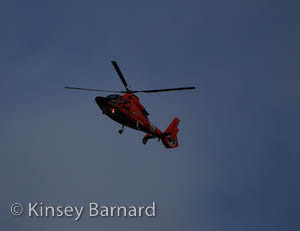 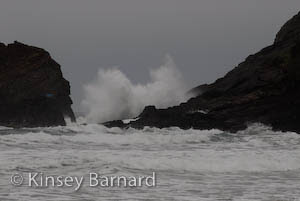 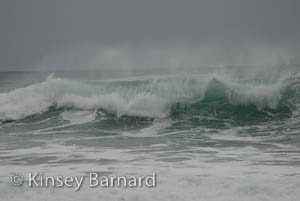 Yesterday we took a really long walk from the north jetty toward Heceta Head. It was really great except that we got absolutely drenched. The rain really came down. I didn't mind so much because that beach had so much good stuff on it to smell. It was my kind of nose candy! There were also lots of other humans walking on the beach in the rain and they all had dogs! I had a great time meeting them all. This Oregon place is pretty darned dog friendly it seems to me.

After the rain storm passed there was a perfect rainbow. Too bad mom didn't have her wide angle lens so she could have gotten the whole thing. It was something!

Also, while we were out there we were buzzed by a coast guard helicopter. That was kinda cool!

It's been cold pretty. Well, not by Montana standards but this marine air is pretty cold even though the temperature isn't that low. We have had frost in the morning.