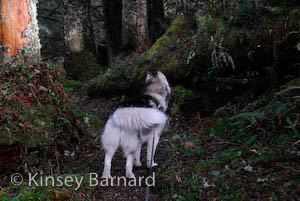 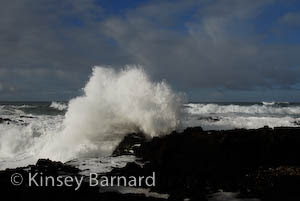 Ok, my bad! I haven't been keeping up with 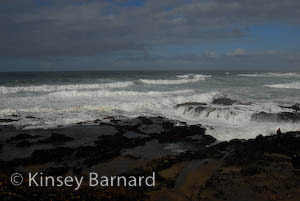 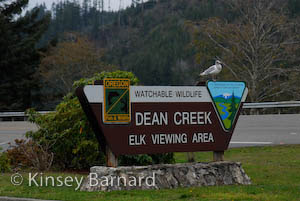 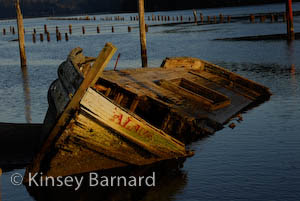 blogging! But, that's what happens when you're having too much fun.

We've done a lot of hiking and you know that makes me very happy. I can never get enough of that!

Sunday afternoon we wandered around the Port of Siuslaw which is in Florence. We also window shopped in "Old Town" which was fun cuz everyone had to make a fuss over me! Dang, if I'm not the handsomest fellow! :)

Since I last checked in we have been to Loon Lake, not very pretty in winter. The Dean Creek elk wildlife viewing place on the road over to Roseburg. I gotta say, the elk over here look like midgets compared to the ones we have in Montana. The funniest thing I saw was a seagull sitting on the sign that said "Watchable Wildlife". :)

Yesterday was the best. We were gone all day. We started out driving up the coast. Made a quick stop at Heceta Head but I wasn't even allowed out of the car so I guess there wasn't anything happening there. We continued on up to Cape Perpetua. Spent practically the whole time there. There are trails everywhere and we tried most of them. There are some really cool ones that go high up the mountain on the east side of 101 and have way good views of the ocean below.

Mom also spent a lot of time trying to photograph waves. Sounds like a stupid thing to do to me but, oh well. She musta taken a gazillion photos trying to get the "perfect" wave. How nutty is that? It must be hard though cuz she kept cussin and snapping! I thought she was going to wear that camera out! Me I was having fun watching those great big waves crash on the rocks and gettin in that foamy stuff they leave on the shore. There was also a blow hole that was really spouting. First time it went off I nearly jumped out of my skin!

From Perpetua we continued on up the coast to Yachats. It's a quaint little coastal town. We wondered around there for awhile and then headed back down the coast. We stopped in again at Heceta Head. Seems like we go in there every time we pass by. I have no idea why. Must be something mom is trying to capture.

Anyway, by the time we got back to Clementine it was nearly dark so we called it a day!